Why is There Lead in My Lipstick?

Did you know there are toxic chemicals and lead in almost all popular commercial cosmetic and body care products? Check out this informative "Story of Cosmetics"video, which is just one part of the brilliant "Story of Stuff" video series about toxins in our world and how we can acknowledge, address and avoid them. 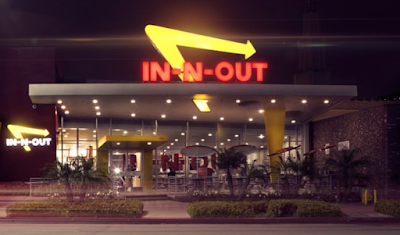 Hurray! In-N-Out Burger -- the ONLY fast food burger chain I ever take my kids to -- just announced last week that it plans to stop using meat from animals treated with antibiotics. "Our company is committed to beef that is not raised with antibiotics important to human medicine. We've asked our suppliers to accelerate their progress toward establishing antibiotic alternatives,” said VP of Quality for In-N-Out Keith Brazeau in a statement to Reuters.

This popular west coast chain has always been known for its exclusive use of fresh ingredients: fresh (never frozen) meat, hand cut french fries, and shakes made from real ice cream. So it's somewhat surprising that it took a public letter from the CALPIRG Education Fund to get In-N-Out to make the change. Because of the serious issues now related to antibiotic resistant in human beings though, several activist groups have been pressuring restaurants and food suppliers to stop purchasing meat treated with antibiotics.

According to the Center for Disease Control, "there is strong evidence that some antibiotic resistance in bacteria is caused by antibiotic use in food animals." And as reported by the FDA in The Daily Meal, approximately 70 percent of antibiotics sold in the United States end up in animal feed. In United States alone, over 23,000 people die every year from antibiotic resistant infections, so this is not something to be taken lightly.

We need to be able to rely on antibiotics for medicine when true bacterial infections set in, but our over reliance on them (in hand sanitizers, cleaning products, meat, even shoes) is actually making us immune to their benefits.

Thank you In-N-Out for addressing the antibiotic resistance problem (and for making killer french fries and milk shakes). Now, if we can just get you to commit to using non-gmo oils in your fryer and hormone-free milk in your milkshakes, we could ACTUALLY start labeling you a health food chain!
Posted by Marni at 11:55 AM No comments: