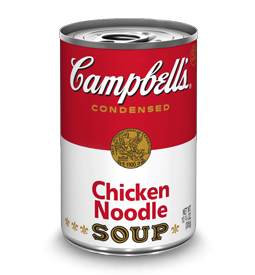 Kudos to Cambell's for taking a huge step forward in preventing BPA contamination in canned foods! The company just announced it will be "phasing out" the BPA (bisphenol-a) liner in all its soup cans - even the tomato variety (a nearly impossibly feat, given the high acidity of tomatoes). A BPA liner has been used in canned goods for decades. It prevents leaching of the tin into the food itself. BPA, however,  has been linked frequently to cancer and behavior problems over the last several years and consumers are making a stink about it. The chemical is so prominent in our environment that it is actually found in breastmilk. Since people realized the connection between BPA and canned goods, many have decided to boycott brands that still use the substance - which is almost all of them (with the exception of certain more natural companies like Edens Organics, Native Forrest and supposedly Trader Joe's). I have personally called companies over the years to see if they would consider going BPA-free and was always told that the cost was too prohibitive. A big company like Cambell's will hopefully drive down the price of a healthier liner so that smaller companies can follow suit and all future canned goods will become BPA-free. One can only hope!

Click here to thank Cambell's for taking this big step and to ask them to disclose their phase-out plan in its entiretly.
Posted by Marni at 6:53 PM